On December 12 we met for our yearly X-mas event. Around 30 students, postdocs and faculty of PopGen Vienna had fun while bowling in mixed teams. Some impressive scores were reached, pictures are coming up. To replenish energies, we enjoyed an on-site buffet. 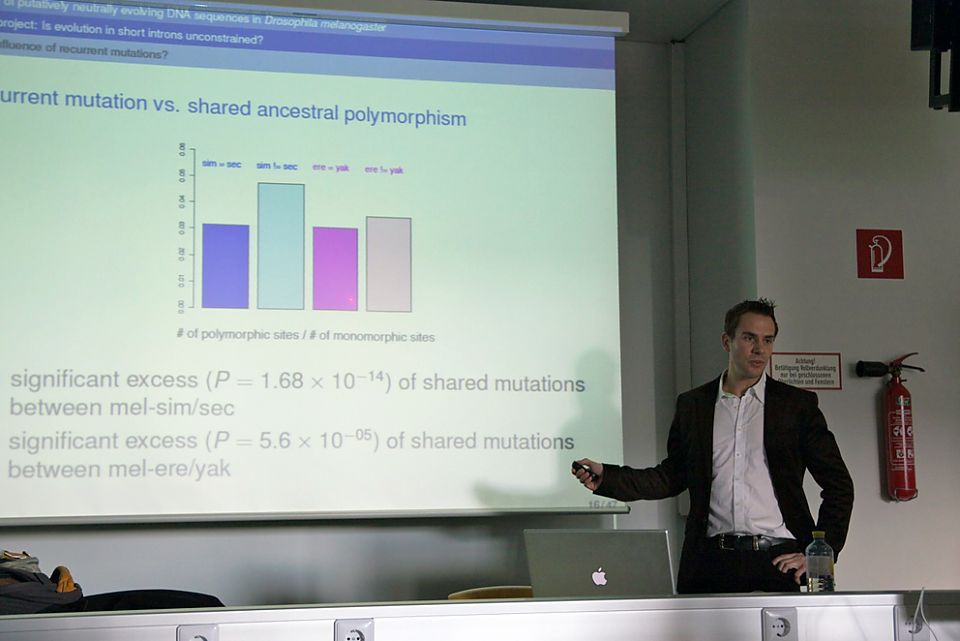 We congratulate Florian and wish him all the best for his future career. He accepted a Postdoc position at the University of Cambridge.

Stunning mountain views served as backdrop of a brainstorming weekend in Upper Austria (Oct 12-15). The 32 participants (PhD students, postdocs, faculty and associated guests of The Vienna Graduate School of Population Genetics) spent an inspiring weekend at the Feuerkogel mountain resort in Upper Austria for research talks, workshops, hiking and socialising.

On September 7, senior students took our newcomers out for a hike through the vinyards of Stammersdorf and its Kellergasse, and introduced them into the traditional Viennese cuisine at a local "Heurigen". We were lucky and could already enjoy white and red "Sturm" which made it even easier to connect, discuss science and socialise. We welcome Àgnes, Tom, William, Andrea and llse to our program! The yearly Population Genetics Introductory Course for PhD students takes place daily during September until the beginning of October and covers relevant basic concepts in population genetics, Drosophila genetics, statistics, biomathematics, phylogenetics and bioinformatics. This year, the course is even more intense and, amongst other units, addresses specific population genetics problems. The course is also open for external students.

Dr. Nelson Martins is a postdoc in the Sucena group at the Gulbenkian Institute of Science (IGC) in Portugal and collaborates with members of the Vienna Graduate School of Population Genetics on experimental evolution of the fruit fly.

We're very proud of her and wish her best of luck for her further career. She now works as Postdoc at the EPFL in Lausanne.

Popgen Vienna welcomes four new students
This year we received around 200 applications from all over the world after a prolonged application time. After intense interviewing with the most promising candidates we offered four positions. Our new students will start their projects in September.

PopGen Vienna students explained to visitors of all ages how fruit flies develop and how they're cultivated in the lab. Big and small were equally amazed by comparing wild type flies and natural mutants (e.g. white eyes, curly wings, different body colors) under the microscope. 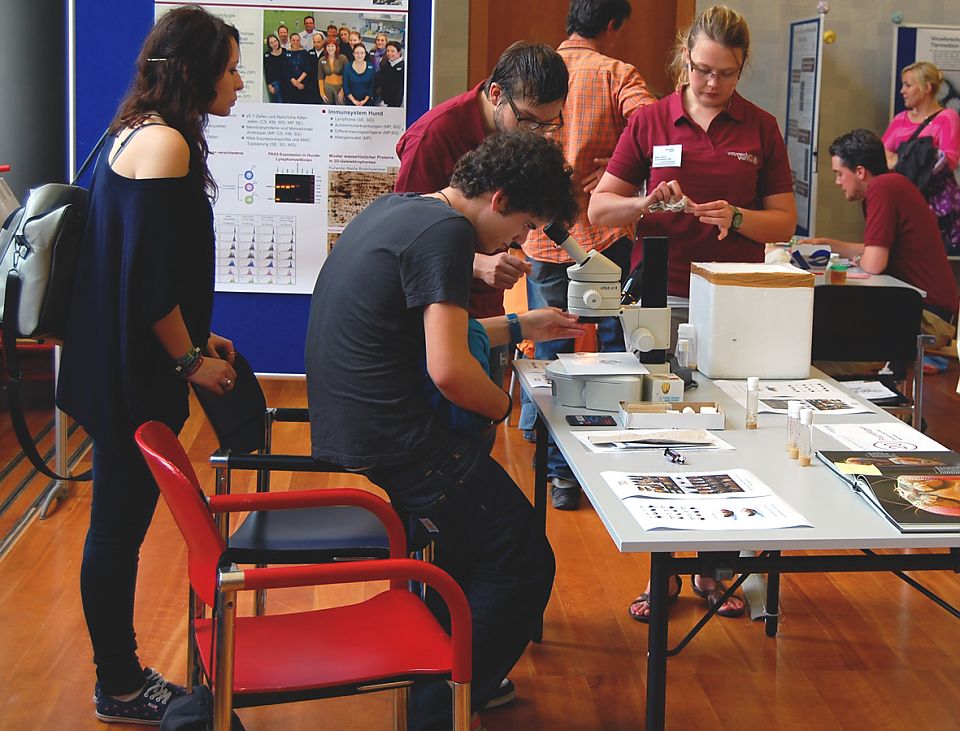 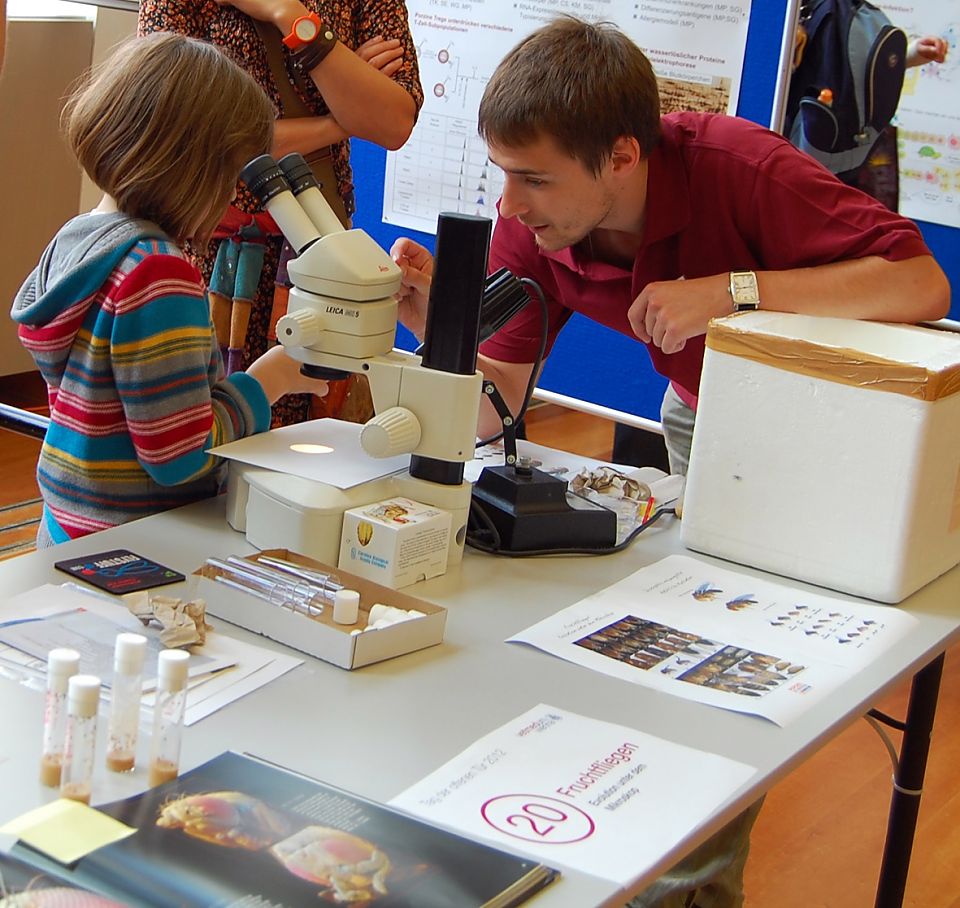 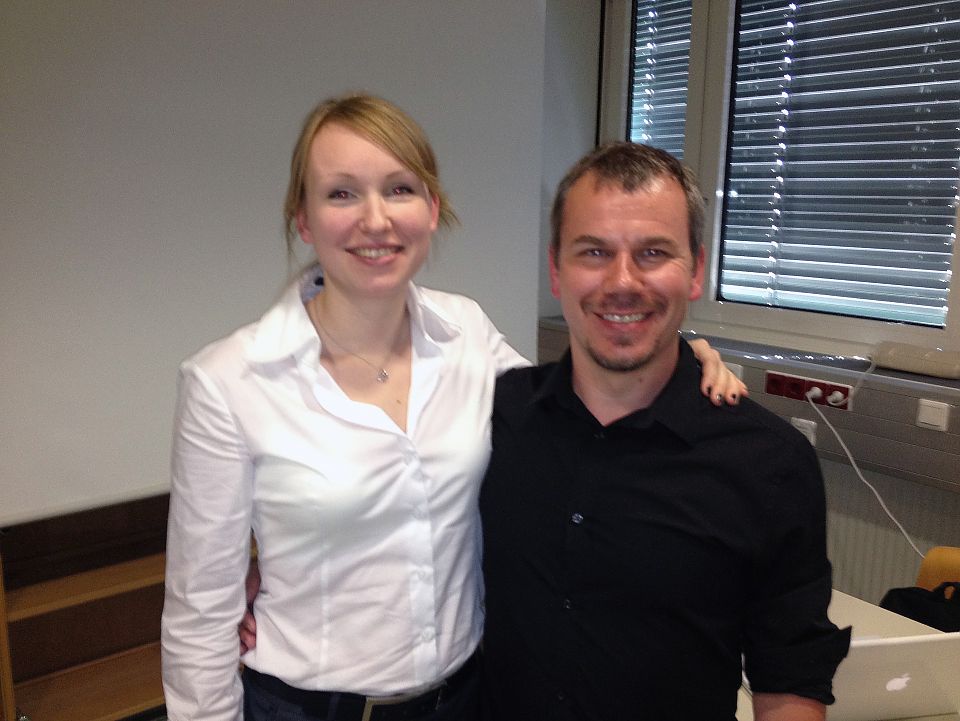 Corinna is our first student to finish since the program was established in 2010. We're proud of her and wish her best of luck for her career! She accepted a Postdoc position at the MPI in Cologne.

May 2012: Mini-Symposium: Frontiers of Population Genetics

09:35-10:20 Brian Charlesworth - University of Edinburgh
“The effects of genetic recombination on molecular evolution and variation”
10:20-10:30 break

The Scientific Advisory Board (SAB) meeting will this year take place on May 14 and 15. Five of our SAB members will convene in Vienna to listen to our student's progress reports, discuss future steps and give advice on how to develop into leading scientists.

Dr. Deniz Erezyilmaz is a senior postdoc at the Department of Ecology and Evolutionary Biology of Princeton University and asks large evolutionary questions in specific, molecular terms. She uses genomic tools to investigate the genetic basis of pupariation site choice and female choice in sexual selection in the D. simulans clade. Deniz collaborates with members of the Vienna Graduate School of Population Genetics to analyse large NGS datasets.

Faculty member Thomas Flatt is invited to spend March, April and May at the Wissenschaftskolleg zu Berlin, also known as the Institute for Advanced Study Berlin. The Wiko is one of the academic institutions that see their model in the famous Institute for Advanced Study in Princeton with Albert Einstein being its best-known fellow. The goal of such an Institute for Advanced Study is to offer outstanding international scientists the opportunity to concentrate on their chosen research projects and to absorb ideas and inspirations from other disciplines. Thomas will investigate the impact of hormonal mechanisms on  phenotypic plasticity during his stay in Berlin.

Dr. Wolfgang Arthofer, assistant professor at the Molecular Ecology Group (University of Innsbruck), visits us during February and March. His research interests include the development and application of genetic markers, evolution, phylogeography and population dynamics of European insect species, symbiosis research and bioinformatics. In the frame of his collaboration with students and faculty of the Vienna Graduate School of Population Genetics, he will perform the NGS-based assembly and annotation of the transcriptome of an Alpine Drosophila species.

We're happy to announce that speaker Christian Schlötterer was recently awarded with the prestigious ERC Advanced Grant 2012. With this award the Vienna Graduate School of Population Genetics now unites three ERC grants among its faculty! After a Starting Grant for Alistair McGregor (2008) and an Advanced Grant for Magnus Nordborg (2011), Christian Schlötterer will use the five-year grant to investigate the adaptation skills of fruit flies to changed temperature environments.

In the light of global climate change, experimental evolution in the lab on a complex organism like Drosophila will yield important evolutionary insights. Based on next-generation sequencing techniques of adapting fly populations, the challenging immense datasets on DNA, RNA and phenotype variations will be jointly analysed and interpreted by members of the Vienna Graduate School of Population Genetics, ranging from statisticians and mathematicians to biologists and bioinformaticians. The long-term goal of the planned experimental evolution project is to explain why natural populations are so diverse and how many genes need to be changed for animals to be successful in a new environment.

Research assistant professor Christopher Willett investigates the nature of genetic variation that underlies speciation and adaptation at the University of North Carolina at Chapel Hill. In collaboration with members of the Vienna Graduate School of Population Genetics, he will address questions about early stages of speciation and the evolution of thermal adaptation in copepods as a model system. "Working with the group of Christian Schlötterer will provide me with a great opportunity to learn cutting edge techniques of whole-genome genetic analysis and apply these techniques to the system on which I work", says Chris. In terms of speciation he is using this copepod system to study the genes that interact deleteriously to generate postzygotic reproductive isolation. He also looks at thermal tolerance and its potential interactions with reproductive isolation. He will work with us from January to August 2012.

Dr. Martin Schäfer, postdoc at the Institute of Evolutionary Biology and Environmental Studies (University of Zurich), will continue his collaboration with PopGen Vienna (Schlötterer lab) in from January until the end of February:

"My research focuses primarily on evolutionary ecology and population genetics. I am particularly interested in how sexual selection, drift and gene flow interact and contribute to phenotypic and genetic divergence between lineages. In order to approach these questions I use a variety of methods including fitness experiments in the laboratory, quantitative genetics as well as molecular tools. During my stay at the host institute I will be investigating the evolutionary diversification of male accessory gland proteins (Acps) in multiple Drosophila melanogaster populations. By comparing ancestral and derived (cosmopolitan) populations, we aim to get insights into evolutionary dynamics underlying this class of genes at the stages of differentiation before reproductive isolation has evolved."